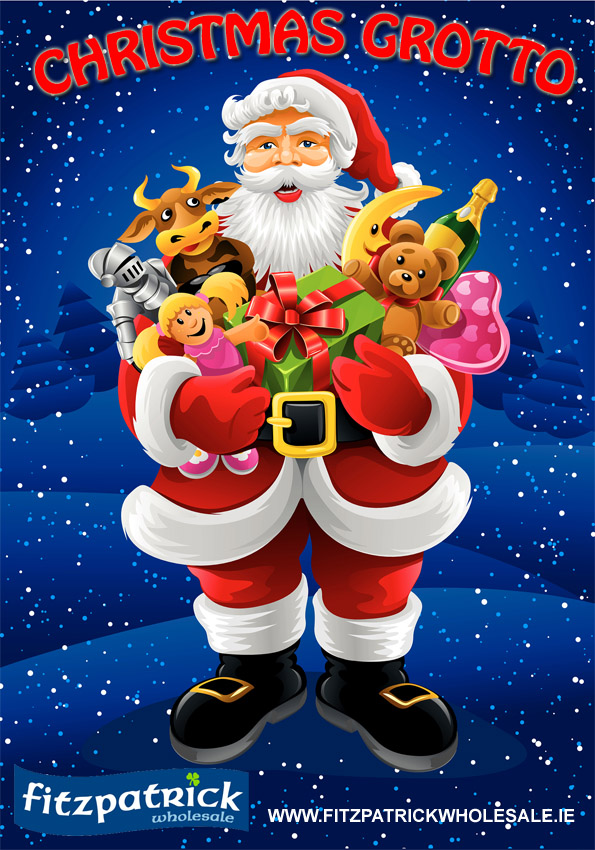 As the final sweet wrappers and being thrown away and the smell of pumpkin subsides, its onwards and upwards to the next Seasonal Celebration.

Christmas or Christmas Day is an annual festival commemorating the birth of Jesus observed most commonly on December 25 as a religious and cultural celebration among billions of people around the world. A feast central to the Christian liturgical year, it is prepared for by the season of Advent or the Nativity Fast and initiates the season of Christmastide, which historically in the West lasts twelve days and culminates on Twelfth Night; in some traditions, Christmastide includes an Octave. Christmas Day is a public holiday in many of the world’s nations, is celebrated culturally by a large number of non-Christian people, and is an integral part of the holiday season, while some Christian groups reject the celebration. In several countries, celebrating Christmas Eve on December 24 has the main focus rather than December 25, with gift-giving and sharing a traditional meal with the family. (Source: wwww.wikipedia.com) 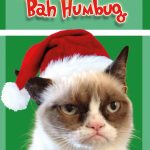 Bah Humbug I hear you say!

Well this year we at Fitzpatrick Wholesale are going to make it really easy for you.  Everything you will need for the Christmas season under one roof! A ONE STOP SHOP for all of your Christmas needs. 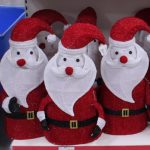 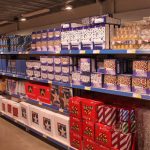 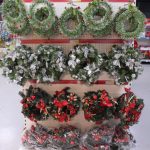 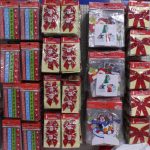 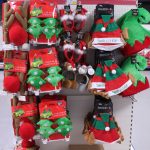 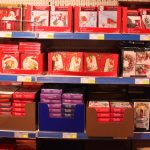 and and of course the essentials,

So call in today or visit our online store now: www.fitzpatrickwholesale.ie (Strictly Trade Only) 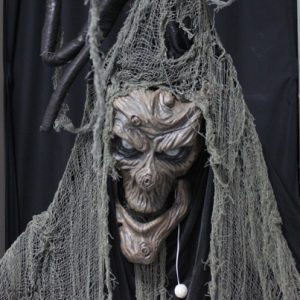 Halloween ,is also known as All Hallows’ Eve or All Saints’ Eve.  It is a celebration observed in a number of countries on 31 October which is the eve of the Western Christian feast of All Hallows’ Day.
It is widely believed that many traditions originated from Celtic harvest festivals which may have pagan roots, particularly the Gaelic festival Samhain.  This festival was Christianized as Halloween. Some academics however, support the view that Halloween began independently as a solely Christian holiday. 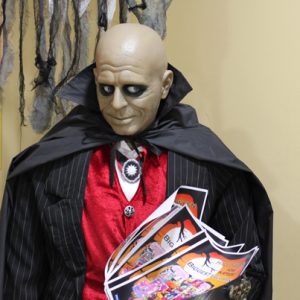 Activities include trick-or-treating, attending costume parties, decorating, carving pumpkins into jack-o’-lanterns, lighting bonfires, apple bobbing and games, playing pranks, visiting haunted attractions, telling scary stories and watching horror films. In many parts of the world, the Christian religious observances of All Hallows’ Eve, including attending church services and lighting candles on the graves of the dead, remain popular, although elsewhere it is a more commercial and secular celebration. Some Christians historically abstained from meat on All Hallows’ Eve, a tradition reflected in the eating of certain foods on this vigil day, including apples, potato pancakes and soul cakes.

Straddling the line between fall and winter, plenty and paucity, life and death, Halloween is a time of celebration and superstition. 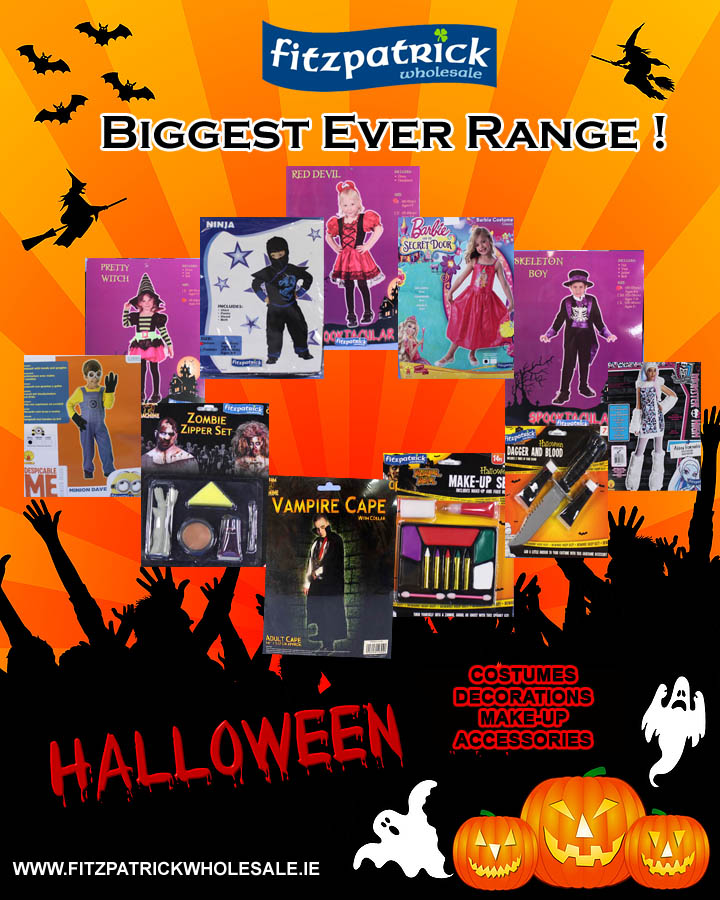 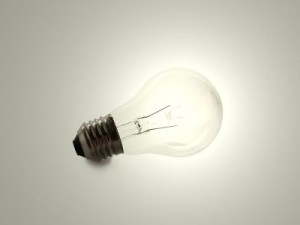 LED / Light / Emitting / Diode – The way of the future

Have a look at our handy guide to Bulbs-Lights-Lumens.pdf 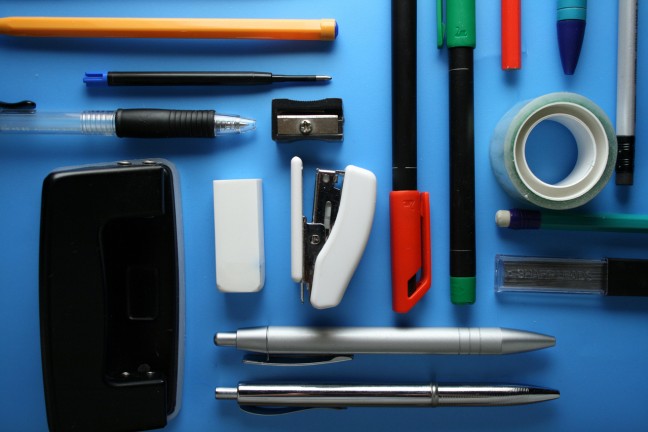 It’s officially September, which means all the back-to-school stationery is just ripe for the picking. Send your young’uns to school in style with pencil cases brimming with the essentials and nonessentials alike till they’ve got protactors falling out the sleeve holes. They will cherish their new swag always up to approximately the first week of school, after which they will slowly but surely start to lose each tool until they’re fumbling their way through the last few weeks with nothing but a chewed up pen they found in the hallway one time. And then it’ll be September again and you’ll be back to loading up the stationery once more, the cycle cycles on, The System Works.

Euroffice have compiled a nice and easy top ten list of all the tools your bundle(s) of joy will need to arm themselves with for the coming term. Divided into subjects, the list helpfully guides you through the necessities required in each academic field from Maths to Art to the Humanities. Retailers can check it out as well to see what kind of school merch parents will be on the lookout for.

Once you’ve got an idea of what to get, why not try moseying on down to our Stationery section and see what takes your fancy. And what, would you look at that, we’re currently having a sale on back-to-school/college merch, haha wild.

Never before has a product been acclaimed as so innovative and revolutionary for simply doing exactly what it says on the tin. This exclusive aerosol makes short work of removing petulant pests from your immediate vicinity for up to four hours with a success rate over 30% more effective than that of giving one word answers in conversation and hoping they’ll take a hint eventually.  The spray has been tested on a vast range of eejits and cretins you’re sure to encounter on your daily route, even politicians and other arbitrarily disliked groups of society. The tend to swarm during summer, so make sure you’re prepared. Only available while stocks last, so act today and spray away!

Of course if you’re more the ‘honey over vinegar’ kind of citizen then you might be more interested in our full air fresheners range. Who knows, maybe you’ll convince the assholes in your life to take a fresh and floral-scented perspective on life.

As the Irish Examiner recently reported, a survey of 2,044 UK adults showed that over 22% of participants still play with toy cars, regardless of if their kids are in the room or not. Only half of these kids at heart feel comfortable enough to play with their toys if other adults are around to judge. The survey also found that 7% of adults put their cars on glorious display.

13% reported that they had received toy cars as a gift but if you happen to feel a kindred spirit-type connection with the 6% that wished they had received a toy car in their adulthood, fret not; we’ve got just the thing. For your perusal, our toy cars range form the greats including Matchbox, Hot Wheels and more. You’re welcome.

Summer has finally come upon us in these early days of July and it is like the prodigal son returning if the prodigal son brought with him sweating and blinding uncertainty as to what to wear to keep you warm but not too warm and getting it heinously wrong each and every time, it is an absolute struggle. But don’t worry, we’ve got you covered in this sweltering heat with this rad and cool paddling pool!! And when you’re done cooling off with that, check out the rest of our summer toys range. And why not go the whole nine yards and check our full toys range too, it’s all great.

For a limited time only, the bonus pack of ever popular Crayola Colouring Pencils 12 + 4 free!

This is the limited edition bonus pack we get in every summer with the added bonus of four extra pencils. Only available while stocks last!!

Fitzpatrick Wholesale is dedicated to finding you the best range of products at a great price. We've been in business for over seventy years and our experience proves we're still the best around.

We specialise in Toys, Stationery, Fancy Goods, and Household, with plenty of Seasonal items coming up to the holidays.